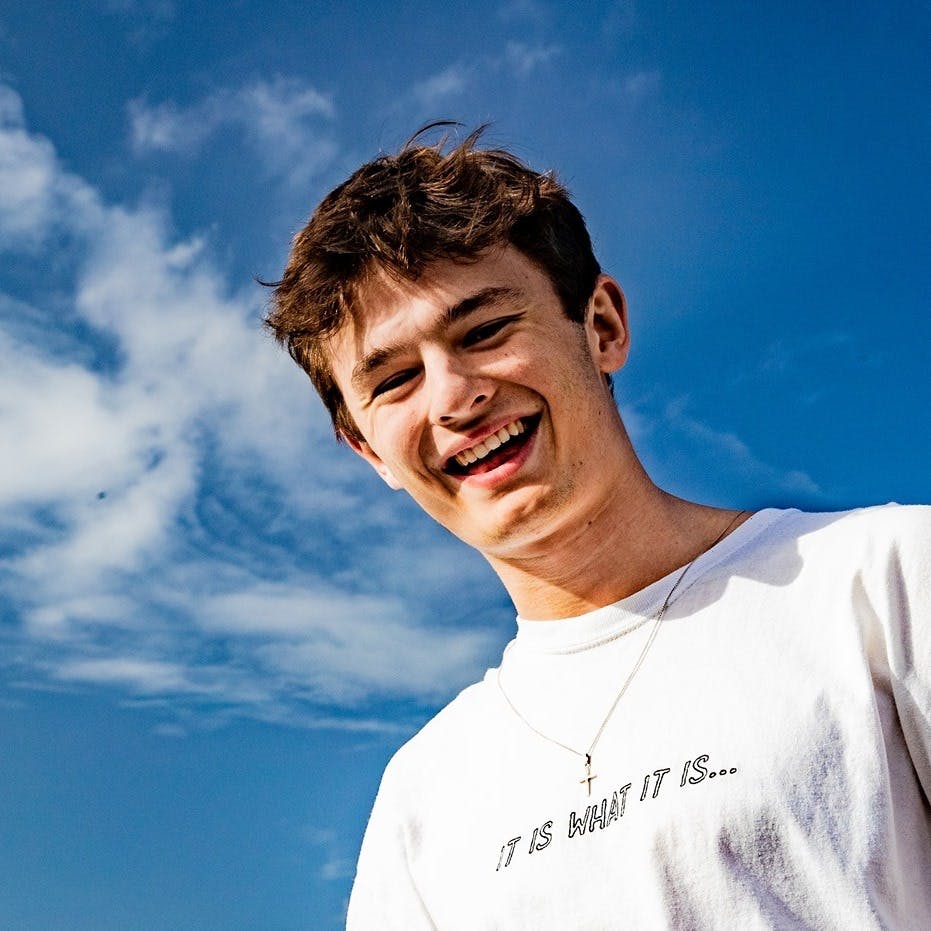 Welcome to a brand new feature from Sucker – every Friday we round-up our new favourite release, in conjunction with our Hot New Indie playlist update. Take a listen through these exciting new artists – you might find your new favourite!

Amsterdam-based producer Black Sands’ latest single The Hardest Pill to Swallow is a dark offering into his alt-pop, beat-driven world. He cites The Weeknd and Post Malone as influences, but I actually think there’s a lot of likeness to ZAYN in this one – it quickly packs a punch and delivers a really well thought-out pop track. With a bit of research, it’s really interesting to see that Black Sands has alt-rock roots and it’ll be even more interesting to see if these roots creep into any future productions.

DUST IN THE SUNLIGHT – WINTER MONDAY

London duo Dust In The Sunlight met while recording backing vocals for Get Cape. Wear Cape. Fly, and after discovering their voices worked seamlessly well together, they started writing their own music. Winter Monday is a chilled out, acoustic-led ode to their hometowns that breaks down genre barriers, crossing over between folk and alt-pop. It’s a beautiful song and completes their debut, self-titled EP, which is also out now.

Now this is an incredibly interesting project from Brooklyn-based one-man-band Fat Trout Trailer Park. His debut single, Fatberg, is a 90’s/00’s crossover rollercoaster ride with hints of Tame Impala and Foals thrown in for good measure. It’s really bouncy and synth-driven – it makes you think of a house party where you’re not too sure exactly what’s going on, but it’s the best night of your life all the same.

Chicago band Koalra are indie-rock to a tee, with some real 90’s rock influences and psychedelic guitar glimmers intertwining throughout the music they make. Hooked has a real ambient feel about – it’s straight cut and feels really nocturnal, like something’s awakening and coming to life at dusk. It’s a really solid single and paves the way for their upcoming album release, The Wakes.

A huge pop tune made for the masses, Mistakes is a truly powerful song from Los Angeles’ Ryan Nealon. This one takes me right back to 2013 when the likes of Lawson and The Wanted were topping the charts this side of the pond… and that’s by no means a bad thing. It’s really easy to listen to, one of those songs you can just imagine being played in shops and cafes around the world – really good!

Alt-pop fast-riser Sam and Sounds’ latest single Cloud 9 is a sweet, hook-filled summer hit that’s uplifting and catchy in equal measures. There’s some really good production in this too – some very playful effects, that aren’t used in the typical pop, cliché style – it’s very refreshing. Sam likens his music to Declan Mckenna and Bloxx, and rightfully so, but I think this is a lot more mainstream-leaning, with the potential to blow up.

Loud guitar band The Silver Bayonets have produced a rip-roaring success in the form of Falling. Heralding back to classic 80’s rock, it’s punchy and aggressive, draws in some pop-punk and even has us being reminded of the ‘Friends’ theme song a bit. It’s kind of like if Bon Jovi met Biffy Clyro, with some Spin Doctors thrown in the mix – we’re big fans!

THE REZNER – THE JIVE

Head-banging, chaotic and aggressive are just three ways to describe The Rezner’s latest offering, The Jive. It’s a real rollercoaster ride into their face-smacking world and leaves no second to think about the crazy stuff that’s happening in reality at the moment. They’ve played at some big festivals like Isle of Wight Festival and Boardmasters – I can’t begin to imagine how this song will go down next year… open up the pits!

Released on Monomyth Records, Little Fish is the latest single from Leeds psych five-piece Uncle Buzzard. Little Fish has a serious 60’s feel about it and cements Uncle Buzzard as a real emerging name in the UK’s thriving psychedelic scene. It takes just a quick skim through their catalogue to see that Uncle Buzzard have a clear direction with where they’re taking their sound – Little Fish is more of a gentler, pop approach to the psychedelic-rock their fans are used to hearing.

CHECK OUT ALL THESE AND MORE ON OUR HOT NEW INDIE PLAYLIST!