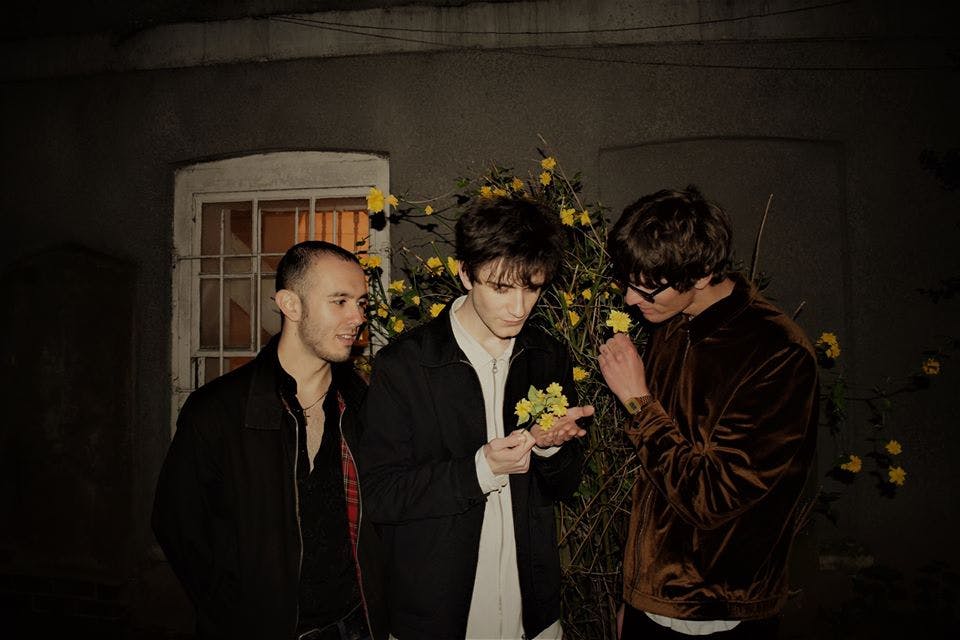 Here’s some more of our favourite tunes of the week for you! Don’t forget to follow our Hot New Indie playlist for even more new music goodness. Enjoy…

Cheekbone’s Stranger has noughties indie-rock written all over it and is definitely worthy of being mentioned in the same breath as Arctic Monkeys and Courteeners. With support from BBC Introducing in their lockers, the Weston Super Mare group are set to make huge waves in the UK indie scene very soon and Stranger is just the start. Give it a listen – it’s perfect for the Sun we’ve got at the moment!

Guitar-driven, 2 and a half minute frenzy Mission Impossible is the debut single from Jaws The Shark, the lo-fi recording project from Artist Manager Olly Bailey. It’s fair to say this guy is an all-rounder! Mission Impossible is chaotic as much as it is heavy – it’s thrashy, but in a controlled state. It’s a song about achieving what you want to achieve in life and Olly has certainly achieved a garage-rock power track here.

Alt-rock duo Plastic Barricades make DIY guitar music with a punch. Tunnel is a song about the uncertainty of not knowing where you’re going in life, and this resonates in the trippy video they’ve produced, below. The release comes ahead of their full LP release, Self Theories, in autumn of this year – which we’ll be eagerly awaiting hopefully equally well-produced rock anthems that leave us with something to think about.

SAM SECCOMBE – WAITING ON YOUR LOVE

Producer and songwriter Sam Seccombe’s latest offering Waiting On Your Love is a pop hit, simple as that. Sam rightfully cites Tom Misch as one of his inspirations, and his feel-good chirpy pop vibes flow right through this song. It’s a really impressive track actually, well layered and dense, making it a really well produced song.

Melodic indie-surf-rock from London via France, Sourface are the lovechild of The Beach Boys and Mac Demarco. Hair-flicking, rolled-up jeans, Sweet Dreams Suburbia is a fun, summer-infused tune about wanting to escape – and the song itself works as an escapism as such, transporting you to deck chairs and cocktails by the pool. They remind us of a band we love called Dutch Criminal Record, how awesome would it be to see those two bands play together?!

Indie-psych in the vein of Father John Misty, Smotherly Love produces delicate trip-inducing music, with everything from jazz to trip hop to synth-wave influences throughout. Less Shoulders, More Coping is a glimmer-filled, six-string flicking jump into the pool of top modern indie-psych songwriters out there at the moment.

US blues-rock outfit The Dirty Pennies have just dropped their summer romance ballad, in the form of riff-wriggling, spine-tingling hit Love Ain’t Free. There’s a real nostalgic feel to this one, really taking us back to the big garage bands of the 90’s – it’s a well-delivered rock anthem, with a slick solo and sweet licks to match.

HUNGRY FOR MORE? Check out the full Hot New Indie playlist below…